For many years South Africa has regarded itself as safe from religious extremism so often seen in other African countries, however the reality is far from this. Terrorist groups have used South Africa in various capacities but have also increasingly been committing violent acts on our soil. South African corporates have not been immune to having its employees become radicalised, or corporates being the target of extortion attempts, and violent attacks by terrorist groups. However many corporates remain blind to this growing concern, and how it affects their business and the lives of its employees and customers. In this OSMET talk Colonel Vreugdenburg shares his experiences as the National Section Commander for Counter Terrorism Investigations by discussing the current state of terrorism in South Africa, highlighting this with case examples. 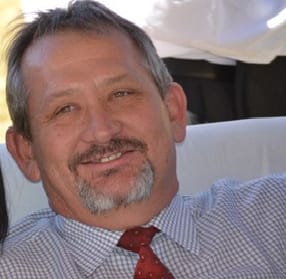 Speaker: Colonel Tollie Vreugdenburg
Colonel Tollie Vreugdenburg is a 42 year veteran in the South African Police Service.
He is attached to the Directorate for Priority Crimes Investigation, also known as the HAWKS.
He is the National Section Commander for Counter Terrorism Investigations.
He served over 40 of those years as a Detective, 20 years in the General Detectives and Murder and Robbery units and 22 years in the SAPS Counter Terrorism Section. He has worked on right wing extremist investigations and religious extremist investigations, amongst others.
He was awarded the Police Medal for Combating Terrorism three times.
He was also bestowed the Police Silver Cross for Bravery twice for terrorism related investigations.

Bookings are closed for this event.